From Sunrust Wiki
Jump to navigation Jump to search 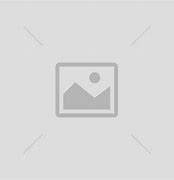 The parry skill is when of the most used Melee skils in Zombie survival. It works by bashing(hit and block at the same time) a zombie within a certain timeframe when it attacks you, after you successfully completed this a yellow indicator will show above the zombies head. When the zombie is in this state there is a huge damage multiplyer and it can't hit you or throw poison, slow, ect, for 3 Seconds.

//Note to self/other fix this